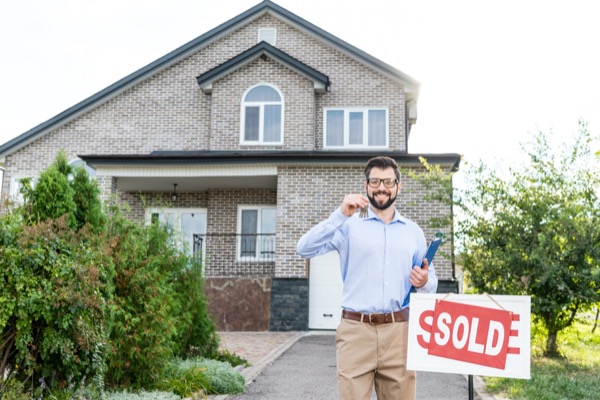 As vast swaths of the American economy were shut down in recent months, the economy took quite a hit.

Unemployment rates hit record levels in more than half of states and major business sectors, including retail and food service, experienced revenue drops of as much as 75%.

Despite all that, there is one bright spot for many Americans: Their largest investments, their homes, are so far holding their values. There is a good chance you have heard anecdotal evidence of this by way of stories of people selling their homes at asking price or above in a matter of hours or days after listing.

Why Are Homes So Stable?

Given the results of the bursting of the housing bubble that was a major factor in the Great Recession, our freshest collective memory of an economic downturn, many people expected to see a similar collapse of housing prices in the current uncertainty. While data from Zillow shows pending sales are down more than 10%, it also indicates home values are up 4.3% from the same period in 2019.

For now, it appears the demand for homes is outpacing supply, which is likely the major driver of homes’ stability so far. That may be because the virus hit in the spring, a season typically marked by higher home buying. It appears those planning to look for a home whose financial pictures have remained stable are still looking to buy.

What Does That Mean for Me?

The answer to that depends on your particular situation. If you are looking to buy a house, it means you are not likely to get a discount right now. If you are selling, it could mean your chances of getting your purchase price are better now than they might have been in a normal year.

However, for most people not planning to move soon, the real news here is that their greatest investment is holding onto its value for the time being. That’s good news long-term, but it could also be significant for some of those folks in the near term because it may put them in a stronger position if their fortunes change and they find they need to borrow money against the values of their homes.

No matter what your mortgage needs, Journey Home Lending stands ready to assist you when you need us.

Journey Home Lending strives to ensure that its services are accessible to people with disabilities. Journey Home Lending has invested a significant amount of resources to help ensure that its website is made easier to use and more accessible for people with disabilities, with the strong belief that every person has the right to live with dignity, equality, comfort and independence.

Journey Home Lending makes available the UserWay Website Accessibility Widget that is powered by a dedicated accessibility server. The software allows journeyhomelending.com to improve its compliance with the Web Content Accessibility Guidelines (WCAG 2.1).

Journey Home Lending continues its efforts to constantly improve the accessibility of its site and services in the belief that it is our collective moral obligation to allow seamless, accessible and unhindered use also for those of us with disabilities.

Despite our efforts to make all pages and content on Journey Home Lending website fully accessible, some content may not have yet been fully adapted to the strictest accessibility standards. This may be a result of not having found or identified the most appropriate technological solution.

If you are experiencing difficulty with any content on Journey Home Lending website or require assistance with any part of our site, please contact us during normal business hours as detailed below and we will be happy to assist.

If you wish to report an accessibility issue, have any questions or need assistance, please contact us by sending an email to: rod@journeyhomelending.com